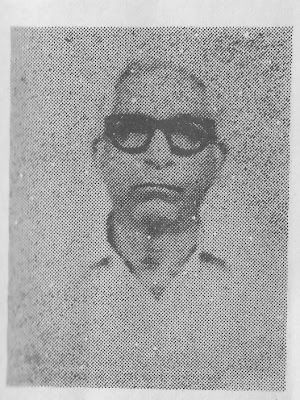 Many things crowd my memory when I reflect upon the events    of 50 years    back that culminated in the martyrdom of Bhagat Singh , Sukh Dev and Raj Guru on the evening of March 23   1931.  No body could have ever   thought that the Government of the day  will stoop  so low as to dispose of after executionthe bodies of these martyrs in such a shabby way it did .

Bhagat Singh represented the spirit of the resurgent youth. He wanted the Country to wake, arise and fight with a resolute heart. Personal pain and physical persecution could not deter him from the path he had chosen when he was rather raw and young. He wanted to fight the alien rulers with all the might he could muster.

He was no believer in the tricks of worldly casuistry. He felt rather stifling the atmosphere prevailing at the time. Communal riots coupled with arson and murders and their aftermath had plagued the political life of the land he love so much. With view to start a relentless battle against the reactionary forces of communalism. He along with the students and the teachers of the National High School and the National College founded at Lahore a truly secular and revolutionary organisation Which came to be known as Nau Jawan Bharat Sabha The Sabha was non-communal.Its members were forbidden to join any organisation which smacked of communalism.

With view to bringing together members of different communities that inhabit this land , Sabha used to arrange inter communal dinners which were joined by all alike. Besides this , dramatic performances were arranged to awaken the dormant feelings of people. I vividly remember the scene when a drama most probably ''Mewar Patan' (the fall of Mewar) was enacted at Gujranwala at the time of Punjab Provincial Political Conference presided over by S.Sardul Singh Caveesher. Mrs Sarojini Naidu was present at that time. She appreciated the superb acting of Bhagat Singh-as Rana Pratap-so much that when the play ended she got down from the stage and not only patted Bhagat Singh on the back , but gave him a warm , motherly embrace.

In   the   words   of   a famous French Philosopher   and thinker   Romain Rolland,. Bhagat  Singh    beckoned    his countrymen: